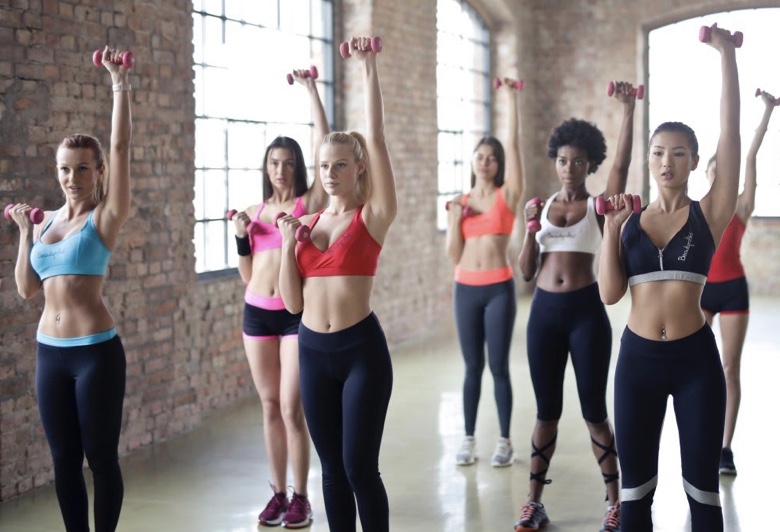 In a world where women are aesthetically judged and behaviourally graded in the workplace, on the street and even at home, there is one remaining hopeful attempt at anonymity; the gym. By entering this gender neutral space, where girls don’t have to be ‘pretty’, all we want to do is workout without feeling like we’re being watched. By the age of 18, I had had this happen one too many times, and so switched to a female gym in my second year of uni. It was pink, and I never felt uncomfortable or as though I was being judged. This is when I realised it is not women that judge you, despite what you may think. It is men’s sideway glances that cause a deep-rooted paranoia. We believe everyone is examining us. In cases where I have watched a woman workout, it has been because she was doing something I couldn’t and I was damn impressed. So how is this different for men?

I decided to go for coffee with Becky, (@becky.newton) a friend of a friend I knew only as a pole fitness queen and frequent gym goer, to share in her experiences in these spaces. To my dismay, it is not only verbal harassment occurring inside her Pure Gym, but physical intimidation. Touching a woman unawares, while she works out, takes on a whole new meaning in light of the Corona Virus pandemic which, to my horror, the majority of Becky’s stories take place during. The sweaty gesture – on a good day, a potential infection and unsightly transaction – is a signed death threat if delivered by the wrong person. “One guy came up to me, as I was doing shoulder presses, and started moving my arms without warning. There’s a virus! I went and cried in the bathroom,” Becky tells me. This was the final straw, after biting her tongue for months, and Becky bravely made an official complaint to the staff at PG. This same man, who corrected Becky’s form, offered to fill up her water bottle in the midst of one of her sets. “It occurred to me later that he could have slipped something in it”. My shock has now turned to rage, as I myself have been illicitly spiked by a stranger in my youth. The thought that this is potentially taking place in a gym in broad daylight is incredible. “On that machine, in the same period as I was completing those sets, I had four men approach me.”

I ask Becky what her experience in a female-only gym entailed. Before joining Pure Gym Cambridge, a necessity in the absence of a female-only option, Becky informs me that she excelled in her progress – “I got to try all these new moves without fear of judgement. Even if there was just a female-only room [in a mixed gym] I think it would be so much better”. She then tells me how, at her pole fitness class, “we have to make sure the blinds are fixed, because men will try and crash the class or watch through the window”. Becky has even been stalked from her Instagram to her pole studio by a stranger, asking if he could watch her. It seems any display of the female body is a must-see for men.

On the radio a couple of months ago, I heard the tail end of an interview with East London personal trainer Bella Barnes, discussing just this issue, and reached out to continue the topic further. “It’s all about education for men. It starts with how men believe they can treat women and that’s something that starts [at home] but society also has a big play on that. Gyms also need to be more supportive of women in the gym, and make it clear that there’s a no-tolerance policy for that kind of behaviour so more women feel confident to speak up to staff.” Founder of Weight Wanters, the UK’s number one weight gain page, and instrumental activist throughout the BLM campaigns, it’s fair to say this woman is not just a body to admire. And yet the experiences relayed to me by Bella, at the hands of men, undermined her completely. And, unlike Becky’s stories, some of the harassment came from trainers themselves. “Gym staff also need to follow the rules,” she tells me. “In my own gym, training a client, I had to really tell another personal trainer to behave because he literally stopped to look at my client’s bum!”

I then began to think about Becky, a 22 year old sweetheart with a polite manner, and of the men approaching her. Why is it always older men pursuing younger girls? Thinking back to my school days, barely sixteen, walking home in my uniform, I was always catcalled by construction workers. It is young women who are targeted, not because they are more desirable necessarily, but because men know they will not fight back. However, the worst part of this seems to be people’s reactions to Becky’s stories of physical touch by strangers. “Oh that’s just him”, male members of the gym would say to her as she relayed the day’s events. “He’s like that”. This man is double Becky’s age and, regardless of his intention, is eliciting intimidating behaviour that needs to stop being justified. The staff at PG reassured her, “The more people that tell us, the more we can build up a case.” This forty-two year old man had before asked her for her number. He’s just like that. Case closed.

This brings me to my next question: Do men think we attend the gym to be more exposed to their company, and to better ourselves for their gain? It appears to me that men’s disruptive commentary, during a women’s workout session, is intended only to critique. Becky dovetails into a story about her friend who was approached by a stranger, who squeezed her arm and poked her stomach, informing her that she should stop working out as she was beginning to “look too masculine”. In the midst of a busy week, when the gym can only be attended either before or after work, do men really think we have time for their corrections, adaptations and molestation? “It’s the mentality of ‘oh you’re obviously doing this to please men so let me show you how’” Becky tells me.

What are Becky and Bella’s experiences interacting with women in this same space? Becky tells me, “I saw a girl doing weights the other day and I told her she was so strong. It made her day and she can now pass that onto somebody else. That’s community.” I ask Bella if she believes women watch men and, if so, how is this different? “Of course, I think the difference is, and here I can only talk for myself and other women I know, most of the time you don’t even want to make it obvious that you may find someone attractive and you definitely are not going to stare his ass down when he squats then go and compliment his butt.” Amen, Sis.

I then ask Bella about her new trending hashtag #GyminPeace. For those who haven’t heard of it, “#GymInPeace is a movement I started after the video I put up about my gym experience. I really hope that gyms will completely change their attitudes towards harassment and make it known to men and women that it’s not okay. Ever. However I honestly think the change will really come from education the next generation on how to act around women, respect women and be a civilised person in public spaces.” And finally – What do you have to say to those men who claim ‘not all men are like this.’? I ask Bella. “We know. Never once have I preached that it’s all men. I work in a gym myself – I know it’s not every guy, however it’s an awful lot and the problem still stands. Now what are you going to do to help?”

Becky, Bella and I unanimously decided that, going forward, personal trainers and gym staff need to create more of a community with their clients so that they can feel comfortable talking to them if there is an issue. It’s mortifying enough having to confess to being corrected in the gym to a friend, let alone to a perfect stranger. Bella is also planning to create a female-only gym in London, and is currently seeking any help, investors, and donations to go towards the project. For more information visit @fitbeetraining. 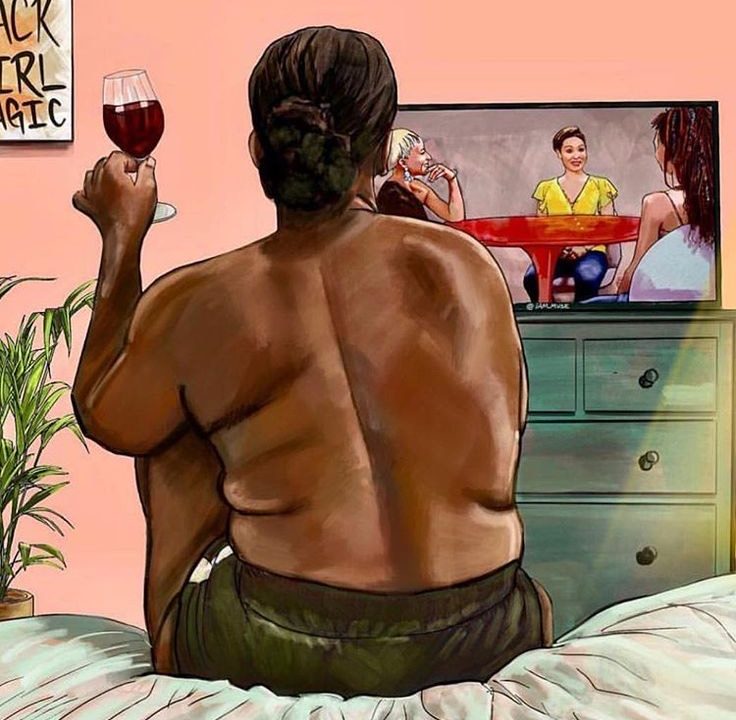 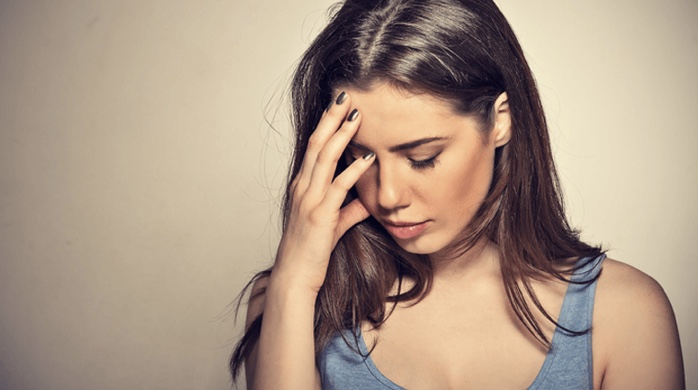 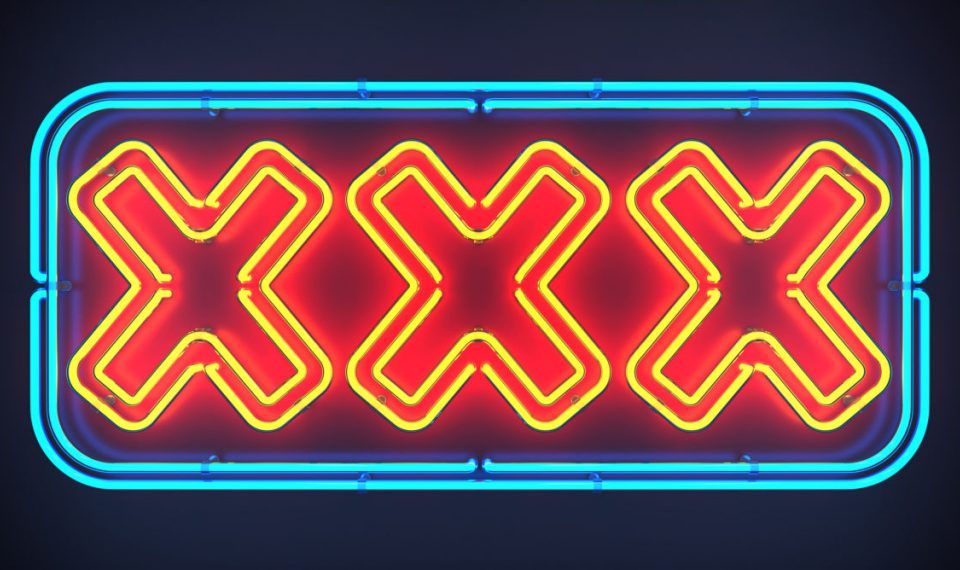