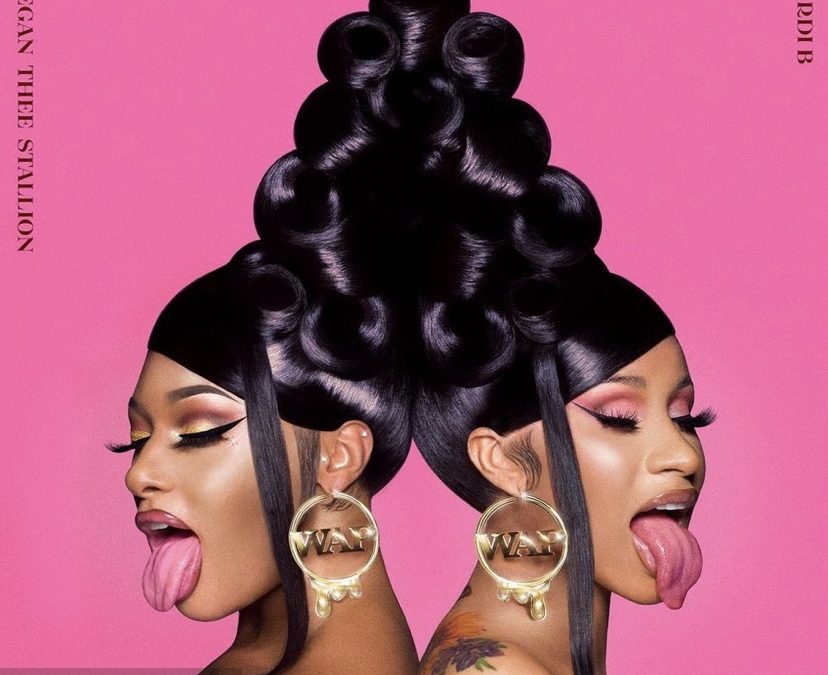 On the 3rd of July, Megan Thee Stallion and Cardi B both posted the above image, teasing the release of their new single ‘WAP’ that dropped later that Friday. The single was released, along with a video that caused a lot of controversy. There is a fine line between what could be viewed as sexual liberation or sexual objectification, and ‘WAP’ revealed this. Whilst many women on social media saw it as a symbol of empowerment, others did not agree. Congresswoman DeAnna Lorraine tweeted:

“Cardi B & Megan Thee Stallion just set the entire female gender back by 100 years with their disgusting & vile “WAP” song.”

‘WAP’ sparked many discussions from what female empowerment is to what defines a ‘good’ or ‘bad’ role model – a discussion that always seems to surround women more than men: How a woman should dress, how a woman should speak, what she should or should not speak about. There is a constant policing of the female body and voice, and it comes from both genders. The nature of music as an art form has reached a boiling point, whereby society appears to be more comfortable hearing men talk about the female body, in relation to sex, than we are hearing women speak about it themselves. It almost seems as though the only appropriate place for women to talk about sex is amongst themselves or, when in music, hidden beneath layers of carefully placed metaphors. Seeing so many complain about what Cardi B and Megan Thee Stallion rapped about, and how they presented themselves, raises the question of whether celebrities should be considered to be role models at all.

Whilst some would argue against this, there is a strange conflict of individuals not wanting to put celebrities on a pedestal and look to them as leaders, yet complaining about how the ‘younger generation’ will possibly be influenced by their actions. A key thing to remember is that many entertainers do not get into their field for the purpose of being a role model. They are expressing an art form, just as any actor would. In light of this, why should society consciously and purposefully put pressure on them to present themselves in certain ways? The demonisation of women being role models partially stems from the attempt of agreeing on a collective notion on how a woman should appear. This focus on physical appearance for women can override anything else they do. Although Megan Thee Stallion encourages young people to get an education, and help their community, it is her music that seems to be the way she is defined as a person. Celebrities are not only their careers and women are not only their bodies.

With ‘WAP’, the issue does not seem to be solely with the message, which Cardi B states is to empower women, but also with how it is presented and the genre she is in. Rap music has always been a heavily male dominated genre and entering the space as a woman is already difficult. Producing music that contains sexual content appears to be reserved for male rappers. Whist some may agree that male rappers do have songs with explicit content, they may argue that they contain one or two lines, rather than a whole song of explicit lyrics. However the reaction to WAP is not new. Lil Kim’s release of ‘Hard Core’ in 1996, has a comparable response, despite songs such as ‘Gimme That Nutt’ by Eazy- E and Wild Thing by Tone-Loc already existing and being enjoyed.
Whilst R&B artists such as Jhené Aiko, Victoria Monét and Kehlani, to name a few, have created songs that can be viewed as being equally explicit as WAP, their delivery is softer, more melodic and may overall be viewed as easier on the ears for listeners.
And yet, in the height of 2020 and in light of countless protests over discrimination, policing women’s bodies, and how this defines them as a person, seems to play back into the same systems within the patriarchy that, as a society, we would like to dismantle.